Peter and Selma head up the network of Youth With A Mission (YWAM) activities in Fortaleza, Brasil called “Urban Missions – My Father’s House”.  The network includes a family support program; a prison ministry to young offenders; action against sexual exploitation; and a Discipleship Training School (DTS).  Over the years we have followed the ups and downs of the former Street children who went to live on the farm. 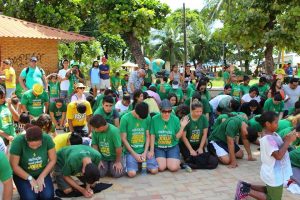 One of their new ventures is the Brasilian Football School for boys aged 7 to 11.   It’s aim is to reach out to boys who have little hope and offer them incentives to stay in school and be a source of hope for their families.

The youth prison ministry team has had the joy of seeing young men baptised standing in a trash can inside a cell.

Carwyn and Reninca started the Haiti Hospital Appeal (HHA)outside Cap Haitien, Haiti.  It was set up to work to improve health care facilities available to the poor – in particular maternal health and obstetrics.  They built a new hospital and set up “Maison de Benediction”  and “Petit Maison de Benediction” as Respite Homes for disabled children.

After Ten Years from June 2016 it has been renamed Hope Health Action.

Following the major earthquake on 12th January 2010  they set up a Spinal Injuries Unit. In October 2012 HHA opened a Rehabilitation Sports Centre.

The new Maternity and Paediatric Units were opened in April 2012.  Historically 70-80% of premature births result in death or serious disability so this facility is of vital importance. 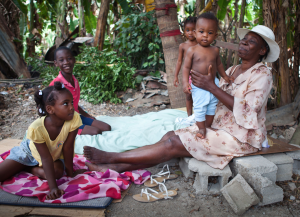 ESBC supplied funding for two Ambulances in 2009 and 2012